Spike Chunsoft announced that the core?Danganronpa development team’s newest title?Zanki Zero: Last Beginning will be releasing in North America and Europe physically and digitally on PlayStation 4 and PC-via Steam.

Headed by Danganronpa series producer Yoshinori Terasawa and game designer Takayuki Sugawara, who wrote many scenes in Danganronpa,?Zanki Zero: Last Beginning?brings a cast of characters together for a new kind of survival game.

Zanki Zero: Last Beginning?is set on an island of ruins where eight protagonists must search for answers and the only clue they have is to participate in a strange “Event TV” game headed two mascot?characters and told over 13 days. Each of the eight protagonists represents?a theme from one of the seven deadly sins, except for one character who has prosthetics and is inhabits an “original” sin.

During gameplay, players will need to survive on this island and fight for survival while exploring the island and learning more about themselves. Evidentally, during the game, the characters will die many times, but they will be able to clone themselves and become stronger. Also, characters age rapidly over the 13 days, aging will affect the character’s mood as well as how they respond to certain situations. Aging will also affect how many items a character is able to carry.

Zanki Zero: Last Beginning currently does not have a release date, but more information is said to be coming soon. Additionally, Spike Chunsoft is hosting a special presentation with?producer Yoshinori Terasawa to show off the new game in action.

You can check out the announcement trailer below:

? Have something to tell us about this article? 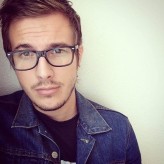 Azario Lopez has held multiple positions in the game’s media industry. At DualShockers he focuses on providing coverage for niche and indie video games in the form of news updates, reviews, and interviews.